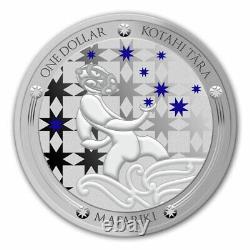 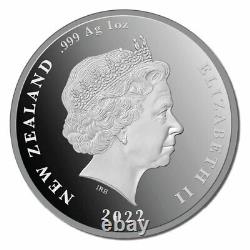 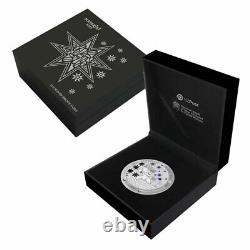 Matariki, the Maori New Year, is celebrated annually across Aotearoa New Zealand when, in mid-winter, the Matariki star cluster rises. This signals the time of year for us all to remember those loved ones who have gone before us. It leads the way to te waka o Tamarereti, where those who have died in the past year have gathered to begin their voyage to the gathering of those who lived before them, known as te kahui o nga kahurangi. As souls depart for their next lives, Matariki greets the rising sun - bringing, in all its glory, the promise of a new year and signalling a time to plan for the future and grasp new opportunities.

In the creation story, the children of Ranginui (the sky father) and Papatuanuku (the earth mother) wished to separate their parents so that light could come into the world. The only brother who did not agree to this was Tawhirimatea, the god of wind and storms. It is said that Tawhirimatea was so angry with his siblings for separating his parents that he tore out his eyes and threw them into the heavens. Portrait of Her Majesty Queen Elizabeth II by Ian Rank-Broadley, United Kingdom. KE Design, Tolaga Bay, New Zealand. BH Mayer's Kunstprägeanstalt GmbH. This item is in the category "Coins & Paper Money\Coins: World\Australia & Oceania\New Zealand". The seller is "silvergoldbullion" and is located in this country: NZ. This item can be shipped worldwide.