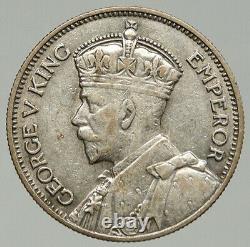 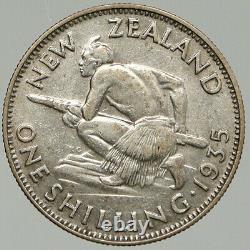 The Maori are the indigenous Polynesian people of New Zealand. The Maori originated with settlers from eastern Polynesia, who arrived in New Zealand in several waves of canoe voyages at some time between 1250 and 1300 CE. Over several centuries in isolation, the Polynesian settlers developed a unique culture that became known as the "Maori", with their own language, a rich mythology, distinctive crafts and performing arts. Horticulture flourished using plants they introduced, and later a prominent warrior culture emerged.

The arrival of Europeans to New Zealand starting from the 17th century brought enormous change to the Maori way of life. Maori people gradually adopted many aspects of Western society and culture. Initial relations between Maori and Europeans were largely amicable, and with the signing of the Treaty of Waitangi in 1840, the two cultures coexisted as part of a new British colony. Rising tensions over disputed land sales led to conflict in the 1860s.

Social upheaval, decades of conflict and epidemics of introduced disease took a devastating toll on the Maori population, which went into a dramatic decline. But, by the start of the 20th century, the Maori population had begun to recover, and efforts have been made to increase their standing in wider New Zealand society and achieve social justice. Traditional Maori culture has enjoyed a revival, and a protest movement emerged in the 1960s advocating Maori issues. In the 2013 census, there were approximately 600,000 people in New Zealand identifying as Maori, making up roughly 15% of the national population. They are the second-largest ethnic group in New Zealand, after European New Zealanders ("Pakeha").

In addition, more than 120,000 Maori live in Australia. The Maori language (known as Te Reo Maori) is still spoken to some extent by about a fifth of all Maori, representing 3% of the total population. Many New Zealanders regularly use Maori words and expressions, such as " kia ora ", while speaking English. Maori are active in all spheres of New Zealand culture and society, with independent representation in areas such as media, politics and sport.

Socioeconomic initiatives have been implemented aimed at closing the gap between Maori and other New Zealanders. Political redress for historical grievances is also ongoing. George V (George Frederick Ernest Albert; 3 June 1865 - 20 January 1936) was King of the United Kingdom and the British Dominions, and Emperor of India, from 6 May 1910 until his death in 1936. He was the second son of Albert Edward, Prince of Wales (later King Edward VII), and the grandson of the reigning British monarch, Queen Victoria. From the time of his birth, he was third in the line of succession behind his father and his elder brother, Prince Albert Victor, Duke of Clarence and Avondale.

From 1877 to 1891, George served in the Royal Navy, until the unexpected death of his elder brother in early 1892 put him directly in line for the throne. On the death of his grandmother in 1901, George's father became King-Emperor of the British Empire, and George was created Prince of Wales.

He succeeded his father in 1910. He was the only Emperor of India to be present at his own Delhi Durbar. His reign saw the rise of socialism, communism, fascism, Irish republicanism, and the Indian independence movement, all of which radically changed the political landscape.

The Parliament Act 1911 established the supremacy of the elected British House of Commons over the unelected House of Lords. As a result of the First World War (1914-18) the empires of his first cousins Tsar Nicholas II of Russia and Kaiser Wilhelm II of Germany fell while the British Empire expanded to its greatest effective extent.

In 1917, George became the first monarch of the House of Windsor, which he renamed from the House of Saxe-Coburg and Gotha as a result of anti-German public sentiment. In 1924 he appointed the first Labour ministry and in 1931 the Statute of Westminster recognised the dominions of the Empire as separate, independent states within the Commonwealth of Nations. He was plagued by illness throughout much of his later reign and at his death was succeeded by his eldest son, Edward VIII.

New Zealand is an island nation in the southwestern Pacific Ocean. The country geographically comprises two main landmasses-the North Island (or Te Ika-a-Maui), and the South Island (or Te Waipounamu)-and around 600 smaller islands. New Zealand is situated some 1,500 kilometres (900 mi) east of Australia across the Tasman Sea and roughly 1,000 kilometres (600 mi) south of the Pacific island areas of New Caledonia, Fiji, and Tonga. Because of its remoteness, it was one of the last lands to be settled by humans. During its long period of isolation, New Zealand developed a distinct biodiversity of animal, fungal and plant life.

The country's varied topography and its sharp mountain peaks, such as the Southern Alps, owe much to the tectonic uplift of land and volcanic eruptions. New Zealand's capital city is Wellington, while its most populous city is Auckland. Sometime between 1250 and 1300 CE, Polynesians settled in the islands that later were named New Zealand and developed a distinctive Maori culture. In 1642, Dutch explorer Abel Tasman became the first European to sight New Zealand.

In 1840, representatives of Britain and Maori chiefs signed the Treaty of Waitangi, which declared British sovereignty over the islands. In 1841, New Zealand became a colony within the British Empire and in 1907 it became a Dominion. Today, the majority of New Zealand's population of 4.7 million is of European descent; the indigenous Maori are the largest minority, followed by Asians and Pacific Islanders. Reflecting this, New Zealand's culture is mainly derived from Maori and early British settlers, with recent broadening arising from increased immigration. The official languages are English, Maori and New Zealand Sign Language, with English predominant.

You will be very happy with what you get with the COA; a professional presentation of the coin, with all of the relevant information and a picture of the coin you saw in the listing. Additionally, the coin is inside it's own protective coin flip (holder), with a 2x2 inch description of the coin matching the individual number on the COA.

Whether your goal is to collect or give the item as a gift, coins presented like this could be more prized and valued higher than items that were not given such care and attention to. When should I leave feedback? Please don't leave any negative feedbacks, as it happens sometimes that people rush to leave feedback before letting sufficient time for their order to arrive.