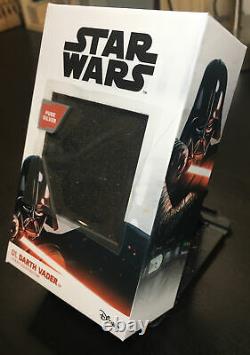 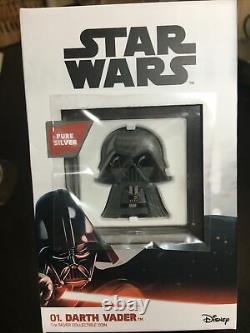 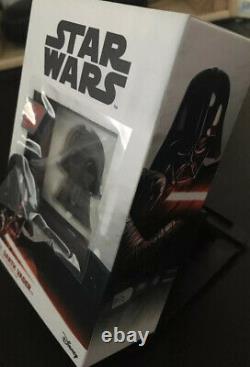 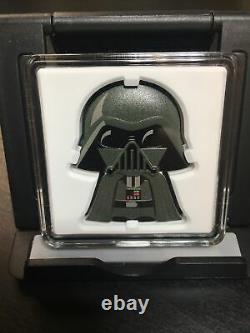 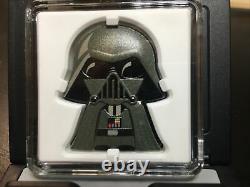 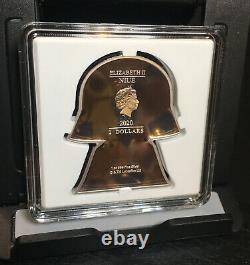 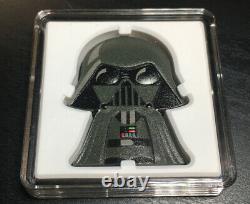 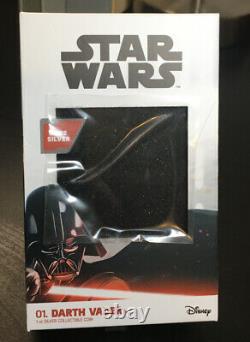 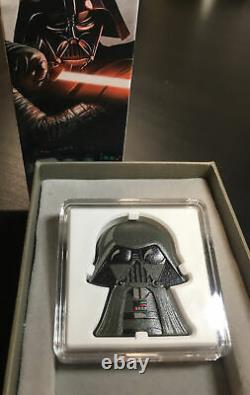 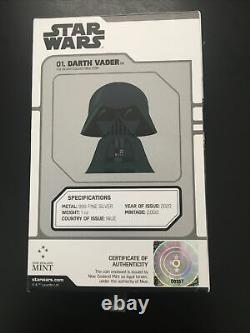 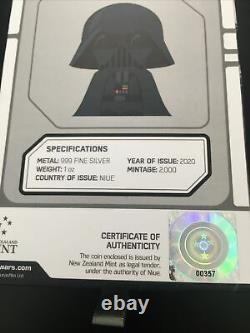 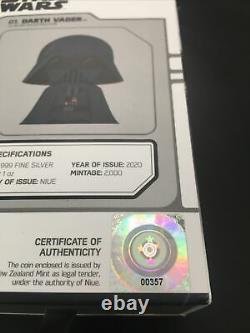 2020 Darth Vader Chibi Silver Coin marks the fourth release for this collection. Darth Vader is famous as the first major villain in the original Star Wars trilogy (Episodes 4-6). His real name is Anakin Skywalker, and he was a Jedi. Despite a prophecy saying that he would bring balance to the Force, he was manipulated into joining the dark side and became a Sith Lord.

After facing severe injuries against his original mentor, he is turned into a cyborg and served the Galactic Empire. He later redeems himself by sacrificing his life to save his son, Luke Skywalker.

Darth Vader is one of the best-known characters in the world, and he was listed as the third greatest movie villain in cinematic history for the 20th Century. His ranking follows Hannibal Lecter and Norman Bates. The obverse of the Darth Vader Chibi Silver Coin bears the Ian Rank-Broadley portrait of Her Majesty, Queen Elizabeth II wearing her royal diadem.

The reverse of the coin shows off a fully colorized image of Darth Vader. He is wearing his famous armor and helmet and is illustrated in the Japanese art-style known as Chibi. Limited mintage of 2,000. 999 pure silver and weighs 1 troy ounce.

Colorized coin is shaped like the character. Produced by the New Zealand Mint. Comes in a special windowed box with a Certificate of Authenticity. Obverse: Carries the Ian Rank-Broadley effigy of Queen Elizabeth II. She wears her royal diadem and looks to the right.