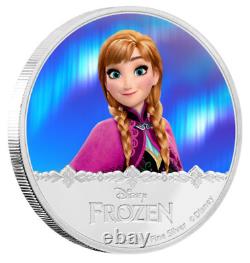 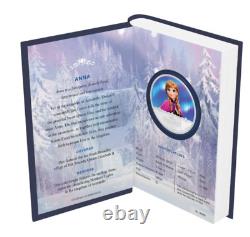 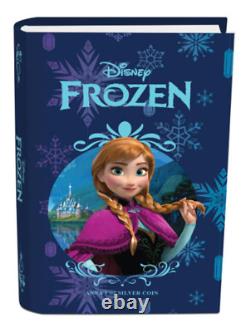 Frozen was released to immense praise and excitement from fans of all things Disney. In the tale, sisters Anna and Elsa grew up close to one another but grew apart over time because of Elsa's unique and unknown powers of snow and ice. While Elsa is a quiet recluse, Anna is the playful younger sister who doesn't truly know her sister's powers. The New Zealand Mint has a variety of character-themed silver coins in production right now, including multiple Disney lineups.

While Anna and Elsa are Disney Princesses, they do not fall into the New Zealand Mint's Princess Series of Disney coins. Instead, the sisters represent the first two releases in a new Frozen Series that is planned to feature five coins. On the reverse of the 2016 1 oz Niue Silver Disney Princess Anna Coin is the colorized image of Anna, wearing her familiar clothing from the film with full color.