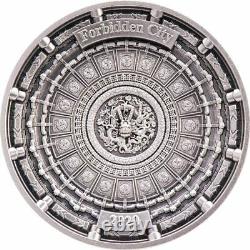 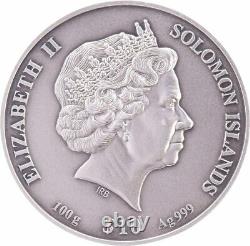 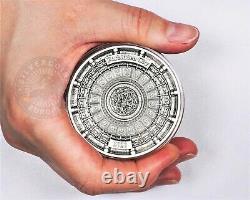 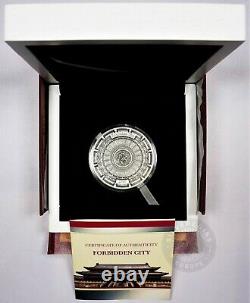 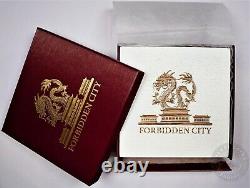 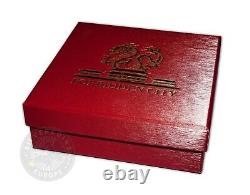 This unique 100g silver coin is a part of the well-known 4-Layer series. It is created in honor of celebrating 600 years of Imperial Palace the home of Chinas last emperor located in central Beijing. People often call this palace complex the Forbidden City. Because previously it was considered as a divine place, and thus was certainly forbidden to ordinary people.

It houses the Palace Museum and was the former Chinese imperial palace from the Ming dynasty (as it was constructed in 1420) to the end of the Qing dynasty. The Forbidden City is China's best-preserved imperial palace and at the same time, the largest ancient palatial structure in the world. Today the part of it, namely the Palace Museum, is one of the most popular tourist attractions around the globe. Here the tourists can see various interesting things like imperial living and governing quarters, valuable artworks, and traditional gardens. The coin has an unusual shape of the dome that makes it so one-of-a-kind. Thanks to the spectacular multilayer minting technique, this coin gained a lively 3D-effect of the intricate design of the dome. The coins reverse features what is considered as the palatial heart of China the Forbidden City.

With the help of small details, the artists managed to create what truly characterizes this wonderful coin. The obverse of the coin depicts the effigy of Her Majesty Queen Elizabeth II. UPS Standard for Europe and UPS Express Saver for all ountries outside of Europe. The transport courier may change.

Costs vary depending on the destination. ALL THE COINS ARE ORIGINAL AND THE FEATURES I SPECIFY IN THE ANNOUNCEMENT! The item "Solomon Islands 2020 Forbidden City Four Layer series $10 silver coin 3 oz" is in sale since Monday, October 19, 2020. This item is in the category "Coins & Paper Money\Coins\ World\Australia & Oceania\New Zealand".