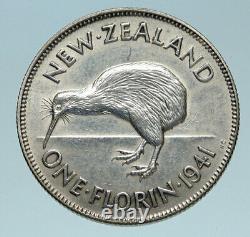 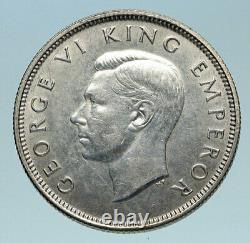 , Kiwi bird standing left pecking at ground. Kiwi or kiwis are flightless birds native to New Zealand, in the genus Apteryx and family Apterygidae. Approximately the size of a domestic chicken, kiwi are by far the smallest living ratites (which also consist of ostriches, emus, rheas, and cassowaries), and lay the largest egg in relation to their body size of any species of bird in the world. DNA sequence comparisons have yielded the surprising conclusion that kiwi are much more closely related to the extinct Malagasy elephant birds than to the moa with which they shared New Zealand. There are five recognised species, four of which are currently listed as vulnerable, and one of which is near-threatened.

All species have been negatively affected by historic deforestation but currently the remaining large areas of their forest habitat are well protected in reserves and national parks. At present, the greatest threat to their survival is predation by invasive mammalian predators. The unique adaptations of kiwi, such as their large eggs, short and stout legs, or using their nostrils at the end of their long beak to detect prey before they ever see it, have helped the bird to become internationally well-known. The kiwi is an icon of New Zealand, and the association is so strong that the term Kiwi is used internationally as the colloquial demonym for New Zealanders. George VI (Albert Frederick Arthur George; 14 December 1895 - 6 February 1952) was King of the United Kingdom and the Dominions of the British Commonwealth from 11 December 1936 until his death.

He was the last Emperor of India and the first Head of the Commonwealth. Known as Albert until his accession, George VI was born in the reign of his great-grandmother Queen Victoria, and was named after his great-grandfather Albert, Prince Consort. As the second son of King George V, he was not expected to inherit the throne and spent his early life in the shadow of his elder brother, Edward.

He attended naval college as a teenager, and served in the Royal Navy and Royal Air Force during the First World War. In 1920, he was made Duke of York. He married Lady Elizabeth Bowes-Lyon in 1923 and they had two daughters, Elizabeth and Margaret. In the mid-1920s, he had speech therapy for a stammer, which he never fully overcame.

George's elder brother ascended the throne as Edward VIII upon the death of their father in 1936. However, later that year Edward revealed his desire to marry divorced American socialite Wallis Simpson. British Prime Minister Stanley Baldwin advised Edward that for political and religious reasons he could not marry a divorced woman and remain king.

Edward abdicated in order to marry, and George ascended the throne as the third monarch of the House of Windsor. During George's reign, the break-up of the British Empire and its transition into the Commonwealth of Nations accelerated. The parliament of the Irish Free State removed direct mention of the monarch from the country's constitution on the day of his accession. The following year, a new Irish constitution changed the name of the state to Ireland and established the office of President. From 1939, the Empire and Commonwealth - except Ireland - was at war with Nazi Germany.

War with Italy and Japan followed in 1940 and 1941, respectively. Though Britain and its allies were ultimately victorious in 1945, the United States and the Soviet Union rose as pre-eminent world powers and the British Empire declined. After the independence of India and Pakistan in 1947, George remained king of both countries, but relinquished the title of Emperor of India in June 1948. Ireland formally declared itself a republic and left the Commonwealth in 1949, and India became a republic within the Commonwealth the following year.

George adopted the new title of Head of the Commonwealth. He was beset by health problems in the later years of his reign. He was succeeded by his eldest daughter, Elizabeth II.

New Zealand is an island nation in the southwestern Pacific Ocean. The country geographically comprises two main landmasses-the North Island (or Te Ika-a-Maui), and the South Island (or Te Waipounamu)-and around 600 smaller islands. New Zealand is situated some 1,500 kilometres (900 mi) east of Australia across the Tasman Sea and roughly 1,000 kilometres (600 mi) south of the Pacific island areas of New Caledonia, Fiji, and Tonga. Because of its remoteness, it was one of the last lands to be settled by humans.

During its long period of isolation, New Zealand developed a distinct biodiversity of animal, fungal and plant life. The country's varied topography and its sharp mountain peaks, such as the Southern Alps, owe much to the tectonic uplift of land and volcanic eruptions.

New Zealand's capital city is Wellington, while its most populous city is Auckland. Sometime between 1250 and 1300 CE, Polynesians settled in the islands that later were named New Zealand and developed a distinctive Maori culture.

In 1642, Dutch explorer Abel Tasman became the first European to sight New Zealand. In 1840, representatives of Britain and Maori chiefs signed the Treaty of Waitangi, which declared British sovereignty over the islands. In 1841, New Zealand became a colony within the British Empire and in 1907 it became a Dominion.

Today, the majority of New Zealand's population of 4.7 million is of European descent; the indigenous Maori are the largest minority, followed by Asians and Pacific Islanders. Reflecting this, New Zealand's culture is mainly derived from Maori and early British settlers, with recent broadening arising from increased immigration.

The official languages are English, Maori and New Zealand Sign Language, with English predominant. New Zealand is a developed country and ranks highly in international comparisons of national performance, such as health, education, economic freedom and quality of life. Since the 1980s, New Zealand has transformed from an agrarian, regulated economy to a market economy.

Nationally, legislative authority is vested in an elected, unicameral Parliament, while executive political power is exercised by the Cabinet, led by the Prime Minister, who is currently Bill English. Queen Elizabeth II is the country's head of state and is represented by a governor-general, currently Dame Patsy Reddy. In addition, New Zealand is organised into 11 regional councils and 67 territorial authorities for local government purposes. The Realm of New Zealand also includes Tokelau (a dependent territory); the Cook Islands and Niue (self-governing states in free association with New Zealand); and the Ross Dependency, which is New Zealand's territorial claim in Antarctica.

New Zealand is a member of the United Nations, Commonwealth of Nations, ANZUS, Organisation for Economic Co-operation and Development, Pacific Islands Forum, and Asia-Pacific Economic Cooperation. World-renowned expert numismatist, enthusiast, author and dealer in authentic ancient Greek, ancient Roman, ancient Byzantine, world coins & more. Ilya Zlobin is an independent individual who has a passion for coin collecting, research and understanding the importance of the historical context and significance all coins and objects represent. Send me a message about this and I can update your invoice should you want this method. Getting your order to you, quickly and securely is a top priority and is taken seriously here.

Additionally, the coin is inside it's own protective coin flip (holder), with a 2x2 inch description of the coin matching the individual number on the COA. Whether your goal is to collect or give the item as a gift, coins presented like this could be more prized and valued higher than items that were not given such care and attention to. When should I leave feedback? Please don't leave any negative feedbacks, as it happens sometimes that people rush to leave feedback before letting sufficient time for their order to arrive.

The matter of fact is that any issues can be resolved, as reputation is most important to me. My goal is to provide superior products and quality of service. How and where do I learn more about collecting ancient coins? Visit the Guide on How to Use My Store. For on an overview about using my store, with additional information and links to all other parts of my store which may include educational information on topics you are looking for. This item is in the category "Coins & Paper Money\Coins: World\Australia & Oceania\New Zealand".