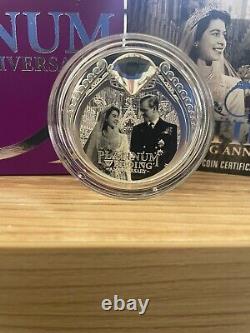 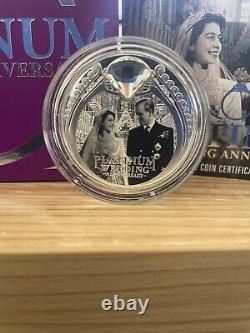 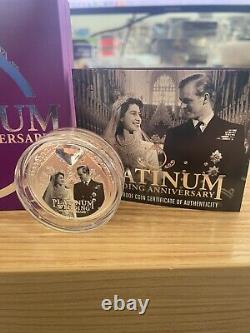 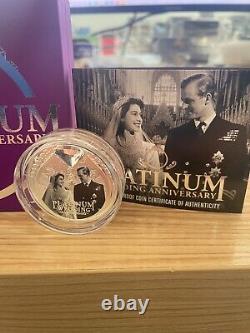 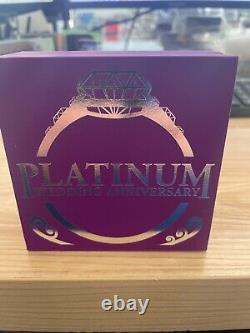 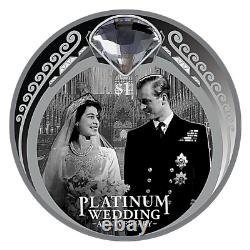 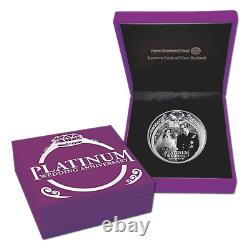 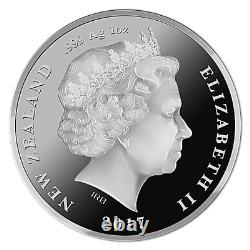 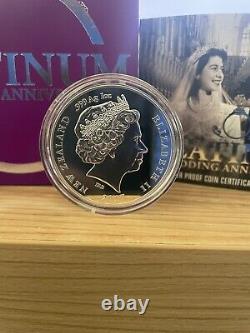 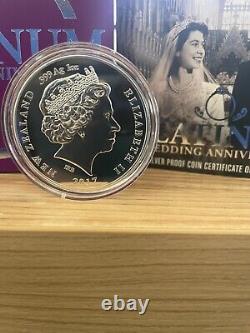 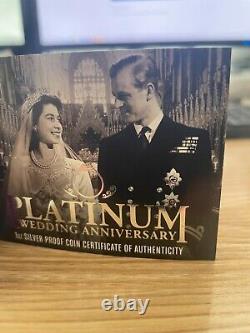 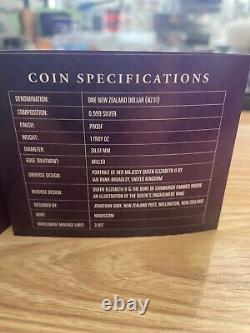 The couple are shown in a photo from their wedding day encapsulated in an illustration replicating the Queen's platinum engagement ring. The central 3ct diamond is represented by a sparkling Swarovski crystal.

While the Queen and Prince Philip were engaged in 1946, it was not formally announced to the world until the following year - 10 July 1947 - when Elizabeth turned 21. Prince Philip first gave Princess Elizabeth her engagement ring on 8 July 1947. The platinum band was set with diamonds from a tiara given to his mother, Princess Alice of Greece, by the last Tsar of Russia. Unfortunately, despite Philip's painstaking attention to detail, the ring was too large for Elizabeth's finger.

It was quickly resized so that she could wear it comfortably when the announcement was made public two days later. This symbol of their affection is a touching reminder of their personal lives together, beyond the very public roles they have played around the world. Portrait of Her Majesty Queen Elizabeth II by Ian Rank-Broadley, United Kingdom. Platinum Wedding Anniversary ring with Swarovski crystal. Jonathan Gray, New Zealand Post. This item is in the category "Coins & Paper Money\Coins: World\Australia & Oceania\New Zealand". The seller is "silvergoldbullion" and is located in this country: NZ. This item can be shipped worldwide.